Since my last column we have witnessed almost unprecedented meltdown in parliament, with the predictable howls of outrage from opponents of the government, media pundits, celebrities, professional demonstrators and the permanently offended.  Hardly a day goes by without anti-government rants being broadcast all over the media.

But what do the ‘Silent Majority’ think?  This phrase was first popularised by U.S. President Nixon, referring to those who did not participate in public discourse over politics or controversial issues. 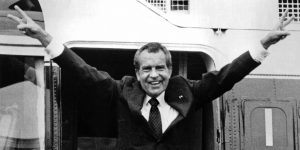 Almost daily I meet and converse with people who would be regarded as the silent majority.  They vary in age, class, wealth, political allegiance and Brexit.  But surprisingly they’re all in agreement in their utter bewilderment and contempt for the disgraceful behaviour of the political elite.

Therefore, in my column today, I have decided to share with readers the perceived view of the silent majority on some of the issues that are currently under the media spotlight. 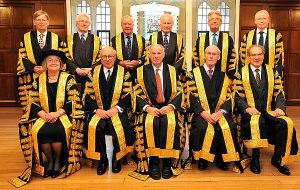 First up, the Supreme Court ruling that the recent prorogation of parliament was unlawful.  The vocal minority portrayed the PMs suspension of parliament as illegal, an affront to democracy and demanded parliament reconvene immediately. The silent majority view is; what law was broken?  Why is it lawful for a PM (Major) to suspend parliament to avoid scrutiny of the ‘cash for questions’ scandal but deemed unlawful for a PM (Johnson) to try and deliver a manifesto pledge to respect the result of a referendum? It appears our learned judiciary think respect for principle must be struck down, but manoeuvres to avoid humiliation in a bribery scandal deemed reasonable.

Next, calls for the government to moderate its language when debating parliamentary business. The vocal minority have lambasted Johnson’s use of the phrase ‘Surrender Act’ as ‘offensive, dangerous and inflammatory’.  The silent majority view is; it’s a tad hypocritical of opposition MPs to complain about the use of offensive language given Lib-Dem leader Jo Swinson’s ‘B*****ks to Brexit’ slogan and what about the banner erected this week near the Tory party conference calling for the death of Conservatives? 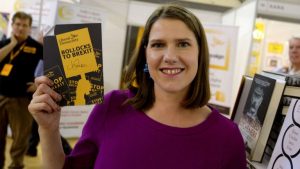 Then we have the three no’s.  That’s No Deal Brexit, No Mandate and No General Election. The vocal minority say a no deal Brexit would mean disaster for the country leading to food shortages, a collapsing NHS, grounded flights, port blockades, mass unemployment and troops on the streets. Therefore, it was justifiable given the government had no working majority that remain supporting MP’s colluded to rush through new legislation aimed at preventing a no deal exit. Although despite previously demanding a general election, they now no longer seem to want one.  The silent majority view is that a no deal off the table is an obstacle to negotiating a decent withdrawal agreement and calling it Benn’s law somewhat of an oxymoron. Tony Benn, Hilary’s father, was a legend in the Labour party and a true believer in democracy and would have backed to the hilt the will of the people and would never have resorted to the underhand tactics of those MP’s trying to prevent Brexit, given they had pledged to uphold the 2016 referendum, were elected on a manifesto to leave the EU and voted to trigger article 50. 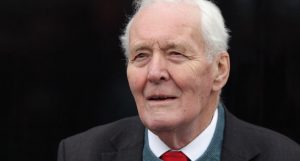 Finally, following rumours he’d an affair with a model, Boris Johnson is now facing allegations he brushed his hand against the thigh of journalist Charlotte Edwardes, during a lunch some twenty years ago. The vocal minority are demanding he apologise, resign and then be arrested.  The silent majority view is one of scepticism. After losing the democratic and economic arguments, project fear is failing to scare. Therefore opponents of Brexit are now looking to engage in project smear. It’s unlikely to work. How many MPs have had affairs? Let’s not forget too MPs, of all parties, over the years have used their political or ministerial positions for nepotism.  So a bit rich to lay that one on too thick. As for the allegation of sexual misconduct, nobody other than those involved will ever fully know whether the allegations are true. However, if the conduct was as repulsive as portrayed, it’s hard to believe a seasoned journalist of Ms Edwardes calibre would not have dealt with it sooner and, given Boris has been a prominent MP for many years, she didn’t speak out when numerous revelations, of such behaviour, were at its height in 2017, following the Harvey Weinstein scandal. But hey, great timing though as project smear starts to ramp up. 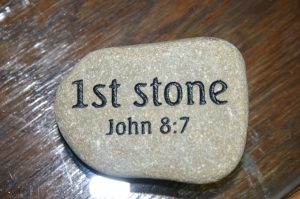 The silent majority are baffled at the scale of the vitriol from the vocal minority. Jeremy Corbyn promised to bring about a ‘kinder, gentler politics.’ Judging by the antics in parliament over the past few weeks it’s been anything but. Perhaps, when it comes to those ready to hurl insults, accuse or seek to smear they should reflect on chapter 8:7 of the Gospel of St John; it’s the parable when Jesus, asked by the Pharisees whether an adulterous woman should be stoned to death, said “Let him who is without sin cast the first stone”.

Readers will have their own views on these and other topical issues, but I thought in this world of fast moving media coverage it was right to air the view of the silent majority, because in 2016, following Donald Trump’s unexpected election victory as US president, the losing Democratic Party acknowledged the Republican’s victory was because he spoke to the silent majority. 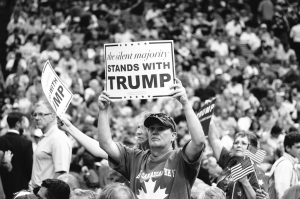 This article was first published in the Newcastle Journal on the 3rd October 2019.