Is it time the Internet was policed?

Journal Column – We all have a role in saving the NHS

Martin Luther’s teachings celebrated their anniversary recently. And there has also been a terrorist attack in New York City. Nothing much links these events, but there is food for thought to be found in giving thought to both of them. Journalist Dominic Sandbrook pointed out, quite recently, about the incredible influence that Martin Luther managed to achieve simply through the combination of writing down his thoughts and ideas and the invention of the printing press in Europe. He and his followers and contemporaries created the majority of the greatest changes in what was previously a very Rome-centric Catholic world. Laws were changed, wars were fought, people were executed, rebellions were staged, all as a direct or indirect influence of these teachings against the status quo. What, one might ask, is the relevance of that to recent problems? Well, something else that Sandbrook points out is the modern day use of the internet to spread information and ideas. Much more rapid than anything Martin Luther had at his behest. Now, a lot of people see this as an overwhelmingly negative aspect of modern society. I’m not sure that I would count myself among these people. I LOVE the internet. I think it’s a wonderland of information and entertainment and I like to make as best use of it as I can. But it can be abused. For all its brilliance, the internet is of course also a very dark place home to evil content and ideas. To return to recent events, a bomber in London recently made use of Google to figure out how to build a bomb. There is a price to pay for many brilliant technological developments, but it shouldn’t have to be this much. 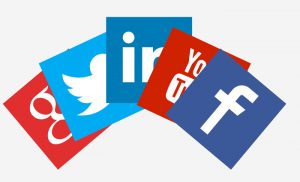 I have written in the past about the importance of internet policing and the responsibility large companies have, and it is to these that I now draw your attention when making comparisons to the past. Luther was one man and yet his influence spanned at least half a millennium for good or bad. Today , millions of people have their say, but the men in charge of this industry have a lot more responsibility for the dangerous price of this technological revolution. Whenever Mark Zuckerberg defends what terrors unfold on facebook with talk of his contribution to a fantastic and positive global community, the main thing he is contributing to and protecting is his income. The most important freedom for him, as Sandbrook points out, is the freedom to make more money and pay less tax. 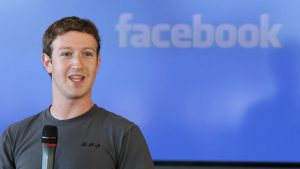 There simply needs to be more responsibility. Look at the post-truth age we live in. Recent political campaigns have been riddled with fake news on both sides. And to return to the beginning of the article, whether it was the case in this instance or not, how many terrorists are going to use the internet to literally bring death to innocent people before we realise something must be done.

All other communication mediums such as print, radio and television are policed and regulated – time for the internet to be as well.